IPC praised the students of the Kerala community in the secondary stage of the graduates of the Islamic School, during the graduation ceremony that was held in the Grand Mosque.

The ceremony was inaugurated by the Assistant Undersecretary for Media and External Relations at the Ministry of Awqaf and Islamic Affairs, Muhammad Al-Mutairi, expressing his happiness with every student and graduate from this blessed school.

The Director of Public Relations, Media and Resources at the committee, Ammar Al-Kandari, said in a speech he delivered at the ceremony that the people of Kerala community are the most affiliated to the weekly Islamic schools for the communities.

Al-Kandari praised the outstanding performance of the students and their efforts during the three academic stages, appreciating the role of the Ministry of Awqaf and Islamic Affairs in supporting the Islamic school.

For his part, the organizer and coordinator of the teaching and education department of the community, preacher Abdul Razzaq Al-Nadawi, said that the Islamic school of Kerala community includes 1,800 male and female students, and employs 120 male and female teachers.

He explained that the aim of this school is to educate the expatriate Muslim generation, and nurture it in faith through curricula carefully developed by educational experts from among the community, in cooperation with IPC.

Regarding the study mechanism, the preacher Abdul Razzaq said that it is limited to one day a week, which is Saturday, and extends for 9 years, through which students learn faith, Sharia, Fiqh, the Prophet’s biography, the sciences of the Qur’an, Islamic history and the Arabic language.

He pointed out that the Islamic school includes seven branches (Farwaniya, Fahaheel, Salmiya, Jleeb Al-Shuyoukh, Khaitan, Hawalli, and Sabahiya), indicating the possibility of studying via “online.”

In conclusion, he expressed his thanks to the Ministry of Awqaf and IPC, as well as all the supporters of the school for raising a conscious generation that carries the message of Islam wherever it is. 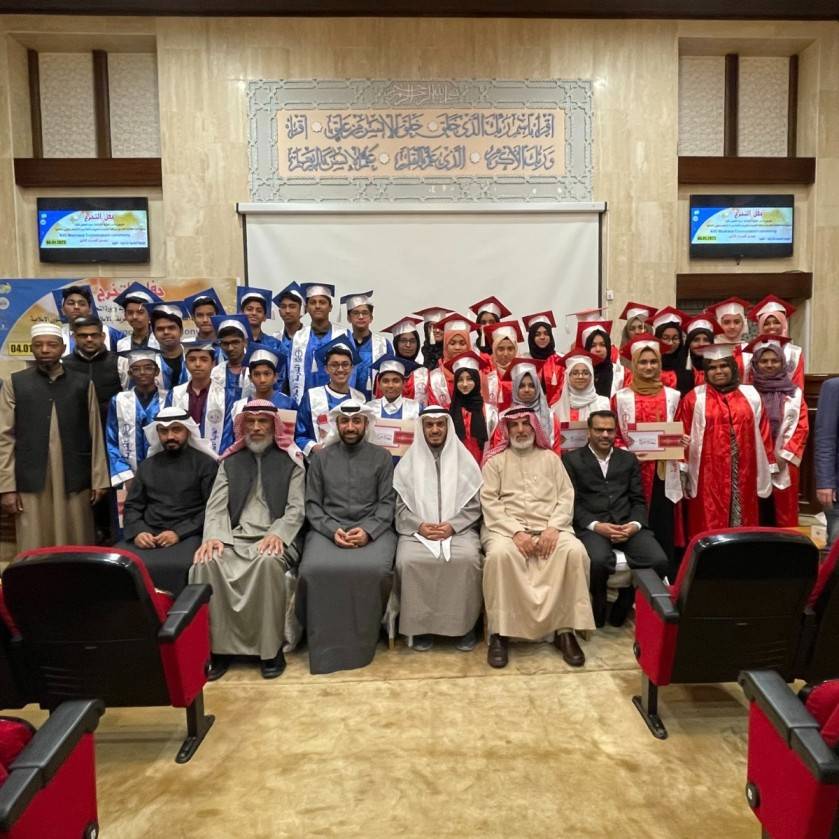