IPC announced the participation of its volunteers in cleaning the beaches, as part of the national campaign launched by the Public Authority for Youth, in cooperation with the AlGhous Kuwaiti Team and a number of civil society organizations.

The Director of Public Relations, Media and Resources at the committee, Ammar Al-Kandari, said in a press statement yesterday that the committee contributed to cleaning the Sulaibikhat beach this year, by many members of non-Arabic speaking communities, in coordination with the preachers of the committee who supervised the organization of the program for the success of this prestigious event. Al-Kandari added that the number of participants from the committee exceeded 400 volunteers of different nationalities and ages, indicating that the event witnessed a dawa aspect, as preachers of the committee of various nationalities participated in a number of dawa activities to introduce Islam in various languages. 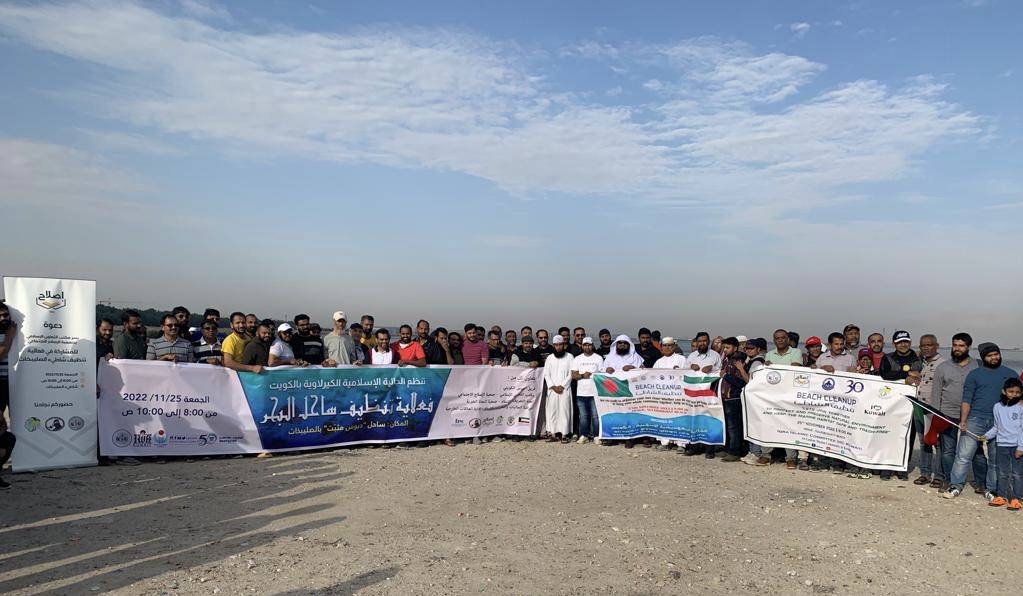